Gone Girl by Gillian Flynn
Genres: Fiction, Mystery
Publication date: April 22nd 2014
Publisher: Broadway Books
Format: paperback, 415 pages & audiobook
How I got it: I had a copy and listened to the audio from my library
Buy it: Amazon | Barnes & Noble
My rating: 3/5

On a warm summer morning in North Carthage, Missouri, it is Nick and Amy Dunne’s fifth wedding anniversary. Presents are being wrapped and reservations are being made when Nick’s clever and beautiful wife disappears. Husband-of-the-Year Nick isn’t doing himself any favors with cringe-worthy daydreams about the slope and shape of his wife’s head, but passages from Amy's diary reveal the alpha-girl perfectionist could have put anyone dangerously on edge. Under mounting pressure from the police and the media—as well as Amy’s fiercely doting parents—the town golden boy parades an endless series of lies, deceits, and inappropriate behavior. Nick is oddly evasive, and he’s definitely bitter—but is he really a killer?

I finally listened to Gone Girl.  I just couldn’t get into the book for some reason I kept reading a little bit here and there, but just couldn’t sit down and finish it.  I did watch the movie before I read the book so I don’t think that helped me since I knew what was going to happen and just couldn’t get motivated to read it.

This book follows Nick and Amy who have been married for Five years when Amy goes missing.  The book is told from two different perspectives.   We jump right into the action with Amy being missing and trying to piece together what happened.  We get chapters that go back and forth from Amy to Nick.  Nick was a writer at a magazine who got laid off and Amy was also working on writing quizzes.  Once they got laid off Nick’s mom got ill and they moved back home.   The story unfolds slowly and the author takes her time building out the mystery.

We get an insider look at Nick’s life and where he thinks we are and then we get a look at Amy’s life and see where she thinks they are.   The author does a great job creating the two characters who develop into very important people in this book.   Amy and Nick get their own personalities and we can see how they ended up together.
This book has a complex plot that I feel is easy to follow along with.  There were a few items I think came out of left field, but nothing to crazy that made me stop and question what was going on.
My issue with the book and the reason for a lower rating was I just couldn’t get into the story.  The audio helped tremendously with this book, but it just didn’t do it for me.  When I was done reading I felt like I crossed another book off the list versus loving every minute of the book.   The author did a great job building the entire story and creating all the dynamics, but the length killed it for me.   The story was longer and the author put in a lot of details, which I felt could have been left out.  At points, I felt like the author was just going on to keep the length up.  In a mystery, I want total suspense. Also, the ending made me feel like it was dragging on just to keep going.   I felt it could have been summed up a lot faster. 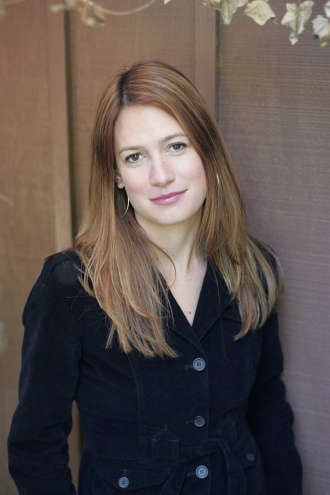 
Gillian Flynn is an American author and television critic for Entertainment Weekly. She has so far written three novels, Sharp Objects, for which she won the 2007 Ian Fleming Steel Dagger for the best thriller; Dark Places; and her best-selling third novel Gone Girl.Her book has received wide praise, including from authors such as Stephen King. The dark plot revolves around a serial killer in a Missouri town, and the reporter who has returned from Chicago to cover the event. Themes include dysfunctional families,violence and self-harm.In 2007 the novel was shortlisted for the Mystery Writers of America Edgar for Best First Novel by an American Writer, Crime Writers' Association Duncan Lawrie, CWA New Blood and Ian Fleming Steel Daggers, winning in the last two categories.Flynn, who lives in Chicago, grew up in Kansas City, Missouri. She graduated at the University of Kansas, and qualified for a Master's degree from Northwestern University.
at November 21, 2017 14 comments:

When a children’s book author’s only chance to get home for Christmas lies in a road trip with her sexy ex-husband anything can happen, naughty or nice. Unwrap this Christmas novella from Amazon best-selling author Miranda Liasson, CAN’T MISS CHRISTMAS… 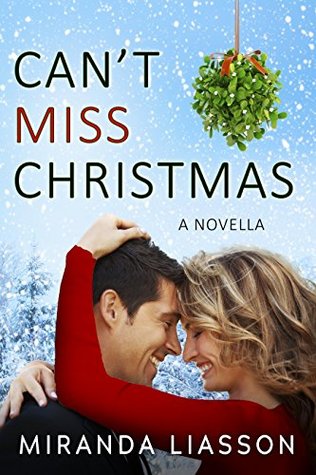 About CAN’T MISS CHRISTMAS
Finding love again is the best Christmas present of all.
It’s two days before Christmas and bestselling children’s author Grace Alberts needs to fulfill a promise—to make it to a book signing for the kids at the Children’s Hospital of Philadelphia, the place that did so much for her during a very rough time. But the weather’s getting awful and all flights are cancelled out of Boston, where she’s wrapping up her book tour. Then in walks her annoying but extremely sexy ex-husband, who (as usual) thinks he’s got all the answers.

Graham Walker just stopped by to get a book signed for Grace’s biggest fan, his niece, and wish Grace a Merry Christmas—why not? But he soon finds himself troubleshooting her dilemma. He’s got a Range Rover that can plow through a hundred-year Nor’easter. He’s even headed home to Philly. Trouble is, Grace's and his past is a disaster, something he has no intention of reliving while driving through a winter storm, no matter how much he once loved her. And maybe still does.

Bad weather has a way of bringing out the best and the worst in people, and when a run in with some deer antlers leads them to a forced stop in Mirror Lake, Connecticut, anything can happen, naughty or nice. Maybe a bit of enforced alone time and some Christmas magic can be just what it takes for them to face their past—and each other—once and for all.

Add CAN’T MISS CHRISTMAS to your TBR pile on Goodreads!
CELEBRATE THE RELEASE WITH A GIVEAWAY!
Grand Prize: 1 Winner Will Receive a Kindle Fire
Runner-Up: 3 Runner-Up Will Receive any Backlist Miranda Liasson Title (Digital Version Only)
a Rafflecopter giveaway

Excerpt:
Somehow, Grace managed to pass Graham and get in the bathroom, where she used the time to try to calm the hell down. If she didn’t come up with an excuse to leave this room, something combustible was going to happen between them. She had to get out while she still had all her wits about her.
When she’d finally got her breathing under control, she left the bathroom, walked toward her suitcase, and stubbed her toe on the bed.
She let out a curse and hopped around a little, imagining what she must look like with her bedhead hair, red plaid flannel, and Christmas socks. Very sexy. Unlike the delicious, muscular god walking toward her.
She tried to use the pain to distract herself from how her mouth had suddenly gone dry and her knees felt as wobbly as a one-year-old’s, but it wasn’t really working. Worse, Graham stepped a little closer.
She splayed out her arms, warning him back. All that lean muscle, all that raw, masculine heat—it could not come near her. She would throw herself at him, smooth her hands over all that hard, bountiful muscle, and beg for things. Her body could not be trusted. “I’m fine. Really. Just stubbed my toe.”
“Want me to take a look?”
His gaze was torching her, like paper in a fire that turns immediately to ash and blows away.
The fact that he was now inches away with his lips quirked into the slightest smile told her he didn’t heed her warning, or give a damn about it. And oh, she did not want him to. He was so close now, she could smell the soap from his shower, see the little beads of water on his shoulders. His fingers gripped her elbow, and she swore it tingled from his touch. Other parts of her were sort of on fire too. So not good. “Let’s see it,” he said, the smile morphing into a wicked grin.
“Graham, I’m fine.” She tried to shrug away. He dropped his hand, but still she felt pinned in place, unable to move or even breathe. Electricity buzzed and snapped between them. She didn’t want him to see how much he affected her, yet she was helpless with him so near.
His gaze homed in on her lips. He was going to…yes, he was. Kiss her. Her heartbeat thrummed in her throat, and every muscle froze in anticipation.
She wanted it. Wanted him. So, so badly.
Graham lowered his mouth. The dip of his head was so familiar, yet it made every nerve stand on end. At last, their lips met. His were soft and pliant, and they brushed against hers, carefully and slowly. Her hand was trembling as she wrapped it around his neck and pulled him toward her until their bodies were flush, fitting together like they were always meant to.
That simple move blew careful and slow right out of the water. His mouth crushed hers, devouring her with deep, sensual kisses. His tongue slid inside her mouth, and she met it with equal vigor, desire roaring and crashing between them, unleashed like a storm surge, uncontrollable and insatiable.
Suddenly, Graham pulled back, out of breath. He cradled her face in his hands and looked at her tenderly. “I missed you,” he said. “I missed this.”

Miranda Liasson loves to write stories about everyday people who find love despite themselves, because there’s nothing like a great love story. And if there are a few laughs along the way, even better! She’s a Romance Writers of America Golden Heart winner and an Amazon bestselling author whose heartwarming and humorous small–town romances have won accolades such as the Gayle Wilson Award of Excellence and have been Harlequin Junkie and Night Owl Reviews Top Picks.