In the After - Elisa Dane (Review) 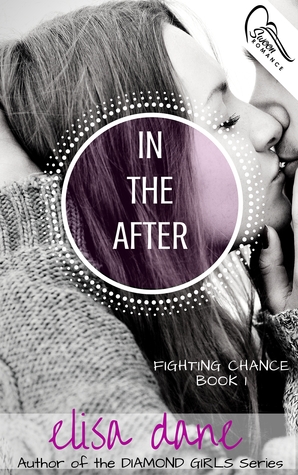 In the After by Elisa Dane
Series Fighting Chance # 1
Genres: YA Contemporary
Publication date: February 2nd 2016
Publisher:  Swoon Romance
Format: ebook, 296 pages
How I got it: YA Bound Book Tours for an honest review
Buy it: Amazon | Barnes & Noble
My rating: 5/5

Sadie Reynolds is a liar with secrets. At school, she’s part of the popular crowd known as AE, despite being broken inside. She hides it well. She has to. The slightest bit of imperfection will land her in the same shoes as her Geeky neighbor named Ian. Ian and his only friend are the object of Sadie’s friends’ ridicule, ire, and entertainment. The AE rule the school with intimidation and retribution against anyone who would dare question their supremacy. Sadie steers clear of most of it, terrified someone will find out her secret. She isn’t the least bit perfect. In fact, she suffers from PTSD stemming from the murder of her mother right before her eyes when she was a child. She can barely cope from day-to-day, hiding her truth and trying to fit in. But she knows it’s only a matter of time. Hayden is a “Waverly,” a kid with the misfortune of living in the small farming town of Waverly that borders the very affluent Lexington Parrish. The AE doesn’t mix with “Waverlies.” Ever. Desperate to get away from her oppressive friends, Sadie crashes into Hayden at a bonfire and the attraction that sparks between them is nothing short of electric. But Hayden’s an outsider and when things heat up, Sadie will be forced to choose between her friends and her new boyfriend. Only Queen Bee Britt isn’t having it. She will not allow Sadie to cross her. Sadie can either do what Britt wants her to do or she will reveal Sadie for the PTSD freak that she is. Sadie does some soul searching about who she is and who she wants to be. She can’t live her life like this. Not any more. One fateful night will help her see how much things have to change. She’s determined to no longer allow the AE to rule her life. She will be strong, stand up for Ian and love who she wants in Hayden. Determined and invigorated, Sadie goes to school feeling hopeful for the first time in forever. But, the unthinkable happens. Shooters attack dozens of students before the two eventually take their own lives, leaving the school a decimated shadow of what it once was. Suddenly who lives where, wears what or loves whom seems like the least of Lexington Parish’s problems as everyone and everything changes forever in the after. IN THE AFTER by Elisa Dane is a hard-hitting and heart-warming story of tragedy, love, loss and redemption. It is recommended for readers 14+.

I don't even know where to begin with this review, but I highly suggest not reading this at night as it gave me so much anxiety I could not sleep.  I also got highly addicted to the book so I couldn't put it down, which lead me to reading it late at night.  I felt so invested in the characters and wanted to know what was going to happen and so much happens.

To start this book is a very fast paced read that is told completely through the eyes of Sadie.   We learn a lot about what happened to Sadie and her mother in bits and pieces throughout the book.  She doesn't really want to think about it much so we only get to hear about it as a reader when she is thinking about the accident.  The details that are described sound as if it was the worst nightmare any person could go through.

Sadie is a very conflicted character throughout the entire book.  She is always trying to do what is right in her mind to keep herself safe since she can't get hurt again.   Sadie goes with the AE crowd so she doesn't get picked on and just witnesses the people getting bullied/picked on.  I don't think that Sadie realizes how strong of a person she is until Hayden points out all of her strength.

I loved how the author dealt with all of the bullying in the book.  Sadie joined the AE group because she didn't feel like she could be bullied after what happened to her and she needed to hide in her shell.   During the story Sadie really begins to see what was going on with the kids that she witnessed be bullied and how wrong it really was.  Sadie is still trying to protector herself so she is scared but does want to stand up to the bullying.  It is very hard to overcome bullying and Sadie doesn't even know where to begin and doesn't want to ask for help.   Sadie has a hard time opening up to people, which gets her in a lot of trouble in the book.

Hayden is my favorite character.  He really stands up to Sadie in the beginning and that is where she is starting to see maybe she can stop the bullying or stand up for someone who is bullied.   Hayden has such a positive outlook on everything, even after hearing of the tragedy that Sadie experienced, he wants her to be able to trust him and move forward.  Also, the book does talk about something that happened to Hayden we don't know what (I am assuming this will be covered in book), but it is something bad.  For this attitude to be so reassuring and positive he has to be a very strong person.

Things I could have done without was the game as assassin the kids where playing at the school.  It was sort of confusing and didn't add to much to the story line for me since Sadie was out so early, it felt more like an afterthought.    If the story was told from different perspectives maybe the game would have had a little more standing with me.  I still think this book is worth a 5 though, because it deals with such a strong topic and is written so well it deserves to be talked about.

I was received a copy of this book from the YA Bound Book Tours for the purpose of providing an honest review. This does not affect my opinion of the book or the content of my review. 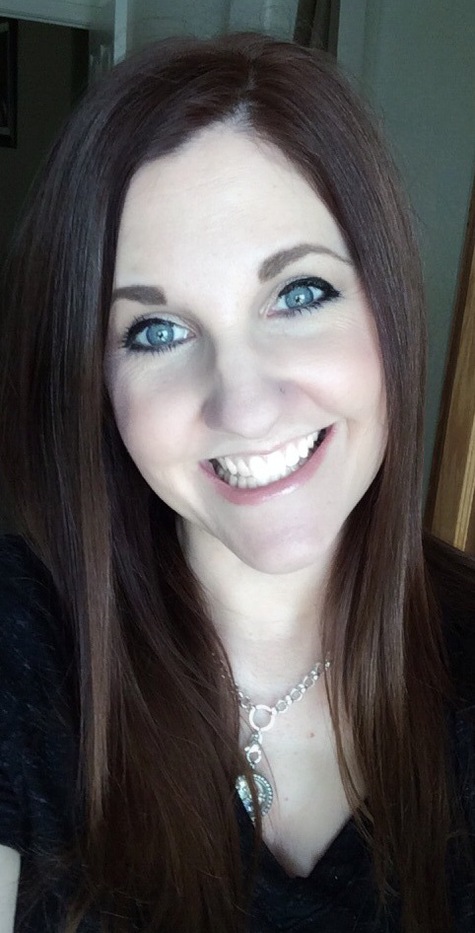 ELISA DANE is a self-proclaimed book junkie. A lover of handbags, chocolate, and reality television, she's a proud mother to three All- Star cheerleaders. Writing is her absolute passion, and it's her mission to create stories that will not only take you on a romantic journey that will warm your heart, but help you find a new respect and interest in the sport of All-Star cheerleading.

I am a little behind so I am going to catch up real fast and then will be up to date! This is a challenge from ParaJunkee that I will link up too!

Week 4
June 20 – 24
Other Non-Book Hobbies You Enjoy
My other non-book hobbies at the moment are working on decorating/DIY in my house.  We moved in our house about 3 years ago and slowly room by room have been making repairs.  I try to do as many repairs as possibly with my husband.  We do all of our own painting as well.  This year we redid the hallway upstairs and redid our banisters.  We are currently working on redoing a room with wood paneling.  We are not that advanced so we are doing it the hard way with filling in the panels and working our way around the room.  It might take forever, but then I do get to decorate it and buy new furniture!!!

Summer Television Series You’re Enjoying
I don’t watch that much television I do watch the Mets with my husband over the summer as he is a big fan and I do enjoy watching baseball.  I did watch the first episode last night of the USA show Queen of the South and I really liked it.  I will probably watch the next episode once it is available!

I am a little behind so I am going to catch up real fast and then will be up to date! This is a challenge from ParaJunkee that I will link up too!

Your Favorite Things About Summer
My favorite thing about summer is being able to go to the beach over the weekends.  I get to relax with my family and friends around all weekend.  I love to be able to go out on the boat for a trip or jet ski for a bit.  Also, I can run up to the beach when I want to work on my tan.  I couldn't live without the beach!!

Capture Your Summer Mood in a Photo Post
It is totally this picture! 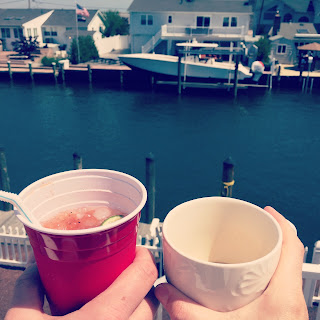 School Summer Reading List Books You Loved
So I don't think I have done Summer School reading in a little while so I am pulling from deep in my memory of some of my favorite school summer reading lists:
The Perks of Being a Wallflower - Stephen Chbosky
Into Thin Air – Jon Krakauer
In Cold Blood – Truman Capote
A Walk in the Woods - Bill Bryson

Summer Movies You Are Excited About
I am not a huge moviegoer. But there are a few movies I can't wait to see this summer:
Ghostbusters (I love that they did the remake with women I can't wait to see it)
Mike & Dave Need Wedding Dates (I mean can you go wrong with Anna Kendrick and Zac Efron?)
Bad Moms (I love Kristen Bell every since Veronica Mars!)
at June 27, 2016 2 comments: