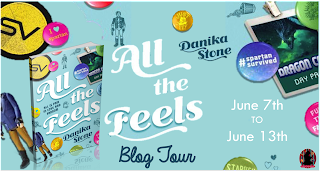 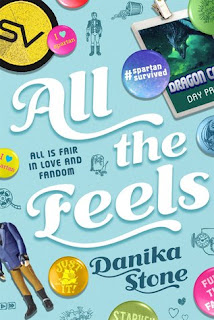 College freshman Liv is more than just a fangirl: The Starveil movies are her life… So, when her favorite character, Captain Matt Spartan, is killed off at the end of the last movie, Liv Just. Can’t. Deal.

Tired of sitting in her room sobbing, Liv decides to launch an online campaign to bring her beloved hero back to life. With the help of her best friend, Xander, actor and steampunk cosplayer extraordinaire, she creates #SpartanSurvived, a campaign to ignite the fandom. But as her online life succeeds beyond her wildest dreams, Liv is forced to balance that with the pressures of school, her mother’s disapproval, and her (mostly nonexistent and entirely traumatic) romantic life. A trip to DragonCon with Xander might be exactly what she needs to figure out what she really wants.

This book follows Liv as she learns that her favorite character from the movie franchise Starevil dies in movie 5.  In her mind the series can’t continue and now it is over.  She is devastated to say the least and comes up with an idea on how to get other devastated fans to join her by creating an online persona of #SpartanSurvived.  Liv didn’t really think it would take off, but then the hashtag and subsequent videos become and overnight hit.   Starevil fans unite and want to bring the franchise back.


The storyline is super easy to follow along and is a quick read.  The author did a great job keeping the story moving and not really going into to many crazy fandom tangents about the actual movie Starevil, which made it easy to follow along.   It really focused on Liv’s journey into figuring out what is real life and what is fiction.

I loved Xander as a character, he was my favorite.  Xander is Liv’s best friend in the book who is into acting and dressing uniquely.  He works at a local coffee shop that Liv always visits to see him; the one issue is Xander has a girlfriend.    The reason I love Xander is that he is honestly always there for Liv even when she is jumping off the deep end he stands by her side.  She took the death of a character in a movie a little too hard, but he was there to pick her back up.  Xander to me is perfect best friend material and had a lot of characteristics I look for when making friends.  I also love that he goes along with Liv’s crazy plans about #SpartanSurvived.  Also, I love that Xander would send out so many compliments to Liv that is what helps to boost self-esteem and is key!

Another thing I loved in the book was Xander’s girlfriend’s attempt to set her up with as many guys as possible.   I saw this as a version of jealous girlfriend, but she was trying to go about it the right way.  It really opened Liv up as a character and we got to see another side of her.  She felt like she just couldn’t talk to people, but after going out with these guys she was able to open up and talk more.  Liv’s confidence went through the roof in my mind.   She still felt very self-conscience throughout the book, but after that portion of the book it seemed less in my mind.

The one thing that I just didn’t love in the book was the author repeatedly mentioned about Liv’s father passing away and him really bringing Liv into the Starevil world.  I felt like this could have been a major portion of the book about losing a parent so young and finding ways to cope, but it felt more like an afterthought than anything else.  It was only mentioned a handful of times and we really didn’t get a lot of details till the middle/end of the book when we learn where she got the posters in her room from and who took her to see her first Starevil film.  It was as if when the main character in Starevil died Liv was losing her father again.  I felt like it was a large topic brought up about losing a parent and it just wasn’t handled well in my opinion.

I would suggest this as a perfect beach read! I read it pretty quickly, but it could have been stretched out over a few beach sessions during the summer!! It is easy to follow along and easy to pick up and put down without getting totally lost.

I received a copy of this book from The Fantastic Flying Book Club for the purpose of providing an honest review.  This does not affect my opinion of the book. 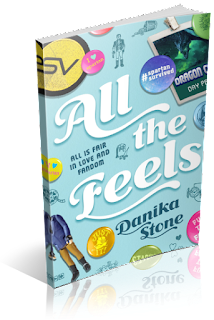 Follow the All The Feels by Danika Stone Blog Tour and don't miss anything! Click on the banner to see the tour schedule.

Danika Stone is an author, artist, and educator who discovered a passion for writing fiction while in the throes of her Masters thesis. A self-declared bibliophile, Danika now writes novels for both adults (The Intaglio Series, Edge of Wild and Ctrl Z) and teens (Icarus, and All the Feels). When not writing, Danika can be found hiking in the Rockies, planning grand adventures, and spending far too much time online. She lives with her husband, three sons, and a houseful of imaginary characters in a windy corner of Alberta, Canada. 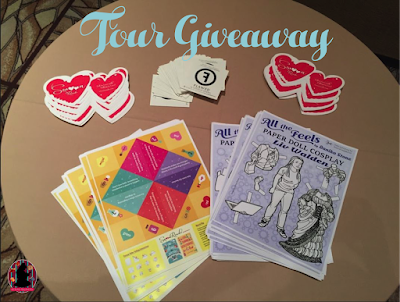