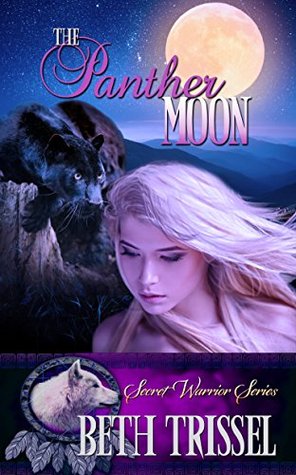 Being the seventh Morcant has its perks: Morgan is learning to fly and wield magical blue fire.

But the coyote shifters are growing bolder. Mateo and his panthers seem impossible to defeat. And vampires aren't real – are they?

When the elusive and enigmatic Chief Okema disappears and the wards protecting the Wapicoli territory falter, Morgan and Jackson are forced into the role of leaders. Badly outnumbered and outgunned, do they have time to search for the secret of the Divining Tree, and will it help them in the final battle?


This book continues the story of Morgan as she learns to become a strong seventh Morcant.   This time the group seems to be up against an impossible force and in fights with several groups.  Also, they have lost the direction of Okema the leader of their group.

I don't feel this can be read as a standalone novel, I felt like there were a lot of references to the other two books and you would need to know important stuff from the other books.   I also highly suggest reading the first two books as they are short and quick reads that help make one complete story.

I really enjoy reading more about Jackson in this book.  I feel like Jackson is coming into this own now.  We get to see that he is not sure how to go forward in his life and take the power.  Everyone is trying to encourage him to take the lead, but he just isn't sure.  Jackson decides to make a co-leadership with Morgan.  I feel like in this book he still isn't positive he is ready to take charge and has more growing to do in the future.

The author did a great job with all of the details in the book again.  I felt like as a reader I can fully visualize what the author is trying to describe.   The details really make you feel like you are part of the book while you are reading.

I hope that this story will continue on and we get to learn more about what Morgan and Jackson are truly up against.  The author has a lot of options available on how to continue and I can't wait to see how the story goes.

I would suggest this as a nighttime read it is a great book to unwind with.  I felt like the story was easy to follow along with as well easy enough to put down and pick back up while reading. 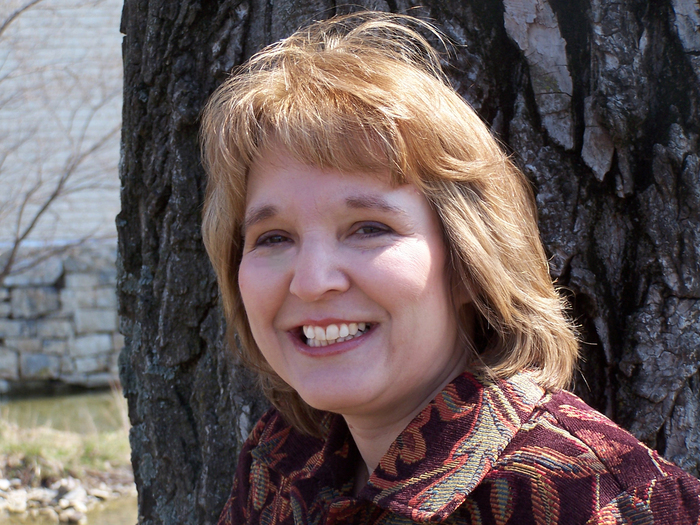 
Married to my high school sweetheart, I live on a farm in the Shenandoah Valley of Virginia surrounded by my children, grandbabies, and assorted animals. An avid gardener, my love of herbs and heirloom plants figures into my work. The rich history of Virginia, the Native Americans and the people who journeyed here from far beyond her borders are at the heart of my inspiration. In addition to American settings, I also write historical and time travel romances set in the British Isles, YA fantasy romance, and nonfiction about gardening, herbal lore, and country life. 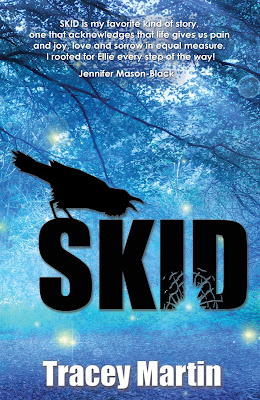 Sometimes when you lose control, you find yourself.
Title: Skid
Author: Tracey Martin
Publisher: Leap Books
Genre: Young Adult, Haunting, Romance
Release Date: October 24, 2016
Tag Line: While mourning the death of her sister and learning to live with chronic pain, a teen girl investigates a ghost story in a Connecticut orchard and finds unexpected love.
Blurb:
Sometimes when you lose control, you find yourself.
It took Gabrielle ten seconds to skid on black ice.
Ten seconds to wreck her car and her back.
Ten seconds to ruin her Olympic dreams.
Ten seconds to kill her younger sister.
Eight months later, Gabrielle's haunted by guilt, dependent on drugs to numb her pain and alcohol to numb her brain. Then Erik Tennyson crashes into her. Soon Gabrielle's immersed in the ghostly legend surrounding the Tennyson orchard, convinced that her sister is linked to its mysterious origins.
If she can just discover the truth, maybe she can put her sister's spirit to rest.
But as Gabrielle grows closer to Erik, her world skids out of control once more. Instead of appeasing the dead, she starts to do the thing she fears most: she remembers how to live.

About Tracey Martin:
Tracey Martin wanted to be an astronaut, a doctor, and an actor, possibly all at once. Instead, she studied psychology , and that led her to have an epiphany–imaginary people are way more fun than real ones. And so she became a writer. Her books include Another Little Piece of my Heart, the Miss Misery series, and the RedZone dulogy.
She likes her coffee simple, her music epic, and her movies to contain explosions. A city girl at heart, she doesn’t understand how she and her husband ended up living in New Hampshire, but writing keeps her off the mean, small town streets.
Follow Tracey on Twitter and via her website.tracey-martin.com, @TA_Martin
Follow Tracey Martin:  Website | Twitter
at October 26, 2016 2 comments: