This is not a book that could be read as a standalone novel.  The book jumps right into the action following Myra and her friends as they search for the First Continuum.    It picks up with the same characters and the plot line exactly from The 13th Continuum.  Each chapter is told from the point of view of a different character.   We get to learn a lot more about the world that the characters live in.  We also get a much better picture of how everything is related.
I loved how we get to learn a lot more about the individual characters and really see their personalities take form.   I loved Myra as a character, we get to see her strength and loyalty grow throughout the book.  We also get to see her make mistakes and grow even stronger.  I loved getting to see her interact with other characters as well as reading about her from different perspectives in the book.  I also love her brother Tinker I feel like he is way beyond his years in his knowledge and he really brings out the best side in people.   I feel like I would love a Tinker standalone novel or even chapters told by Tinker.
This story takes place mostly in the present tense, but we do get a lot of flash backs into what happened to some of the continuum's.  The author did a great job showing how humanity evolved during the Doom.  We also get a lot of details pieced together towards the end of this book.  There is still a large amount of questions and I will be reading the next book in these series because I need to know how it all pieces together.  The author does a great job with leaving you wanting more while you are reading.
I loved how the author really brought a whole new world to life in my mind.  The details the author gives really help to create pictures in my mind of what the author is thinking about.
Things I didn't love was some of the details in the book I felt like the author could have went into a little more detail.  I felt like some of the science details we were getting quickly and I could sort of picture what the author was talking about, but still had questions.  I felt like this book was a very fast paced nature and I would have liked the author to expand more upon some of the details so create a clearer picture in my mind.

I would suggest this as a weekend read.  I felt like the story had a lot going on and it took a lot more of my focus while I was reading.  Science fiction is generally a harder book for me to follow so I like when I have more time to digest the novel.  Also, there was a lot of suspense so it made me keep wanting to read.
I received a copy of this book from The Fantastic Flying Book Club for the purpose of providing an honest review.  This does not affect my opinion of this book. 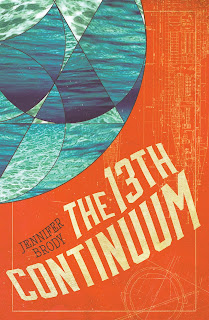 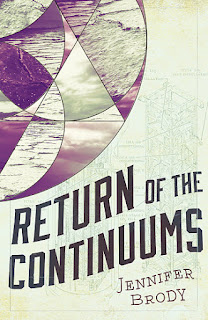 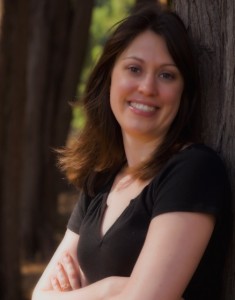