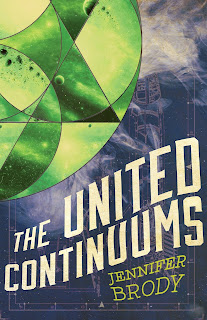 The United Continuums (The Continuum series #3)

In the epic conclusion to the award-winning Continuum Trilogy, Aero leads a group insurgents from the Second Continuum to overthrow his rival Supreme General Vinick and unite his space colony s military forces, while Seeker takes on a secret mission back to her home colony to reinforce Earth's defenses and defend the First Continuum against an even greater threat. Meanwhile, Myra's nightmares have become a reality as the Dark Thing hurtles toward Earth with designs on eradicating the planet s fledgling populace. The only thing standing in the way are the three Carriers and those who would join them to fight against a second coming of the Doom. 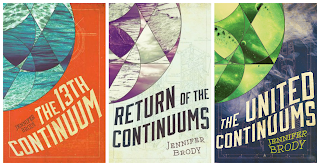 I have read the first two books of this series and really enjoyed it.  I couldn’t wait to get to the last book in the series I wanted to know how it was going to end and I was NOT disappointed!

I feel right back into the book and could easily recall the first two books.   The author’s writing style is easy to follow along and she keeps the action moving in the book.

The author does a great job with the world development and all the descriptions.  This is one of the strongest parts of the author’s writing I have found before and it doesn’t disappoint in this book.  The book really grabs my attention and I get completely lost in the new world.  I love the reflection back and forth for how we got from the past to the present.

I would suggest this as a nighttime read.  There are parts of this book where I did read later into the night than I would have liked, but I do get sucked into reading very easily.  The book has a lot of action, but some points where you can take some time to put it down and reflect on the writing.

I received a copy of this book from The Fantastic Flying Book Club for providing an honest review.  This does not affect my opinion of this book. 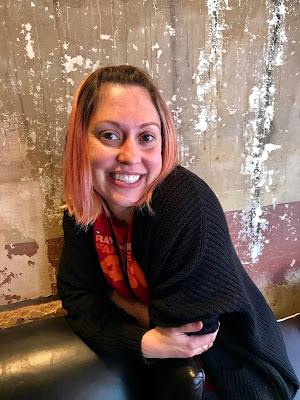 Jennifer Brody’s award-winning novel The 13th Continuum sold to Turner Publishing in a 3-book deal and is being packaged into a feature film. Return of the Continuums and The United Continuums (July 11, 2017) complete this epic trilogy.

She is a graduate of Harvard University, a creative writing instructor at the Writing Pad, a volunteer mentor for the Young Storytellers Foundation, a member of the Science Fiction & Fantasy Writers of America. She founded and runs BookPod, a social media group for authors. She lives and writes in LA. After studying film at Harvard University, she began her career in Hollywood. Highlights include working for Michael Bay's Platinum Dunes and New Line Cinema, most notably on "The Lord of the Rings" films and "The Golden Compass."

A Dream Within a Dream- Promo