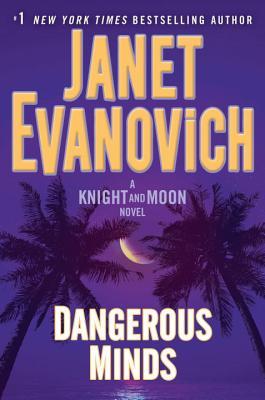 The irrepressibly charming duo of Emerson Knight and Riley Moon returns in another gripping mystery by #1 New York Times bestselling author Janet Evanovich.Buddhist monk Wayan Bagus lost his island of solitude and wants to get it back. The island was about two hundred miles northeast of Samoa. It had a mountain, beaches, a rain forest, and a volcano. And now it’s gone. Poof! Vanished without a trace.Brilliant and boyishly charming Emerson Knight likes nothing better than solving an unsolvable, improbable mystery. And finding a missing island is better than Christmas morning in the Knight household. When clues lead to a dark and sinister secret that is being guarded by the National Park Service, Emerson will need to assemble a crack team for help. Since a crack team isn’t available, he enlists Riley Moon and his cousin Vernon. Riley Moon has a Harvard business degree and can shoot the eyes out of a grasshopper at fifty feet, but she can’t figure out how to escape the vortex of Emerson Knight’s odd life. Vernon has been Emerson’s loyal and enthusiastic partner in crime since childhood. He now lives in an RV behind Emerson’s house.Together, this ragtag, mismatched trio will embark on a worldwide investigation that will expose a conspiracy one hundred years in the making.

This is the second book Emerson Knight and Riley Moon series from Janet Evanovich.  This book follows Emerson and Riley as they start working on a case of a missing island.   Emerson has the grand idea of finding out what happened to a friend’s island that he got kicked off and Riley sort of gets roped into helping him since she is working for him.

I loved the storyline of this book.  The comedy in Janet Evanovich’s writing really comes through again with this book.  The author does a great job creating the characters of Emerson and Riley.  Emerson has a quirky personality and he really sticks with it the entire book.  Riley is more of a by the book girl and this makes a great combination with Emerson.

The author does a great job with keeping the story moving once the action begins.  I feel like once we get on the road with the characters the story just keeps moving along at a very fast pace.  The story follows through the National Parks in the US and they are very interesting to read about.  I enjoyed getting to hear the descriptions from the author and also learning a little more about our National parks.

I don’t believe you would need to know what happened in the first book to follow the second book.  Most of the hints the author gives about the relationship between Emerson and Riley are very prevalent in this book and the other characters that are introduced all get full introductions by the author.

I have two issues with the book.  The beginning of the book was a little slow for me.  I enjoy Janet Evanovich’s writing so I did stick with reading this book, but I could see if you start reading it you might be put off.  The action really picks up about half way through the book so it took a bit to get there.   The second issue was the science in the book seemed a little heavy for a Janet Evanovich book I was not really expecting that from her, but it didn’t make the book any less enjoyable.

I would suggest this as a nighttime read.  I felt like it was the perfect mix of take your mind of the day and just enough to relax me to sleep. 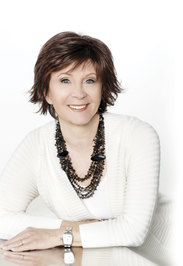 Janet Evanovich is the #1 New York Times bestselling author of the Stephanie Plum series, the Lizzy and Diesel series, twelve romance novels, the Alexandra Barnaby novels and Trouble Maker graphic novel, and How I Write: Secrets of a Bestselling Author, as well as the Fox and O'Hare series with co-author Lee Goldberg.