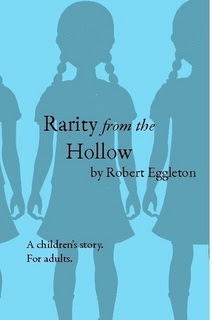 A Blurb About the Book


Lacy Dawn's father relives the Gulf War, her mother’s teeth are rotting out, and her best friend is murdered by the meanest daddy on Earth. Life in The Hollow isn't great. But Lacy has one advantage – she's been befriended by a semi-organic, semi-robot who works with her to cure her parents. He wants something in exchange, though. It's up to Lacy Dawn to save the Universe.


Bristling with intelligent life that has coexisted in harmony for millennia, few people realize that the Universe is in imminent danger. The government has known about the threat for hundreds of thousands of years, but kept it a big secret. A search for a supreme being with powers capable of stopping the threat was begun thousands of years before and included the genetic manipulation of many species on many planets, but time is now short.


The search culminated with a most unlikely candidate to save the Universe. Lacy Dawn, an eleven year old human is the best hope. She had better get ready. The evil is much more powerful than any ever before faced, and restoration of order will involve much more than simply blowing up a few inconsequential planets. The evil is the spawn of civilization itself and has now crept into every crevice of Universal Governance, literally.


To prepare Lacy for her coming task, she is being schooled daily on every known subject via direct downloads into her brain. Some of these courses tell her how to apply magic to resolve everyday problems much more pressing to her than a universe in big trouble, like those at home and at school. She doesn’t mind saving the universe, but her own family and friends come first.


Once her demands have been met and her parents have regained a semblance of mental health, Lacy Dawn assembles her team: her best friend's ghost, annoyingly pessimistic as always; her formerly mistreated mutt, the only one with enough empathy skills to communicate directly with the enemy; her now employable father who has cut way down on drinking beer and has resumed his status as the best auto trader in the Hollow; a stoner neighbor who is highly skilled in business transactions and who got so rich from selling marijuana that he moved to the country because it is better for his Bipolar Disorder; and a mother with greatly improved self-esteem now that she has new teeth and a G.E.D., except she has fallen so deeply back in love with her now much healthier husband that it sometimes blinds her from thinking straight.


With a great team like that, what could go wrong? It's simple, save the Universe and Lacy can get back to the sixth grade where life's real challenges are faced by most kids. But no, entrenched management of any organization, including the universe, never makes anything that simple. The team must first diagnose the problem, discover the threat on its own without any help. The android, who now aspires to achieve humanity so that he can fully feel his growing love for Lacy Dawn, is not permitted to just tell them what do. He could be deactivated.


Will Lacy Dawn’s predisposition, education, and magic be enough for her to save the Universe, Earth, and, most importantly, protect her own family?


Rarity from the Hollow is adult literary science fiction filled with tragedy, comedy and satire. The content addresses pressing social issues in our society, like child abuse and poverty, while taking readers on a wild ride to an alien shopping mall where getting the best deals affect survival of planets. It is a children’s story for adults, not for the prudish, faint hearted, or easily offended.

Robert Eggleton has served as a children's advocate in an impoverished state for over forty years. He is best known for his investigative reports about children’s programs, most of which were published by the West Virginia Supreme Court where he worked from 1982 through 1997, and which also included publication of models of serving disadvantaged and homeless children in the community instead of in large institutions, research into foster care drift involving children bouncing from one home to the next -- never finding a permanent loving family, and statistical reports on the occurrence and correlates of child abuse and delinquency. Today, he is a recently retired children's psychotherapist from the mental health center in Charleston, West Virginia, where he specialized in helping victims cope with and overcome physical and sexual abuse, and other mental health concerns. Rarity from the Hollow is his debut novel and its release followed publication of three short Lacy Dawn Adventures in magazines: Wingspan Quarterly, Beyond Centauri, and Atomjack Science Fiction. Author proceeds have been donated to a child abuse prevention program operated by Children’s Home Society of West Virginia. http://www.childhswv.org/ Robert continues to write fiction with new adventures based on a protagonist that is a composite character of children that he met when delivering group therapy services. The overall theme of his stories remains victimization to empowerment.