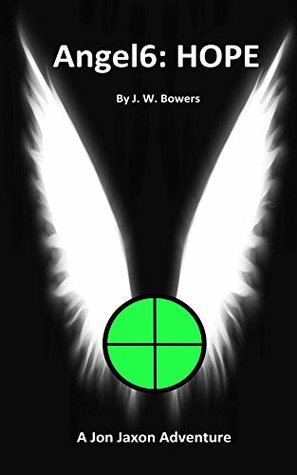 Islamic State has acquired nuclear weapons and is determined to show the world that they are the new nuclear power on the planet. A power to be feared. They brutally attack Western capitals, including Washington DC, where a ‘little guy’, Jon Jaxon, is thrust into the center of a desperate, frantic battle to save the unprepared American city from thermo-nuclear annihilation. Jaxon, a nationally ranked precision rifle shooter and Army sniper instructor, must push himself beyond his self-imposed limits to overcome near impossible odds at every turn. Jaxon is America’s point of the spear that has to call on his martial skills, the US military, his ‘old breed’ values, and some divine intervention in order to defeat ruthless,  blood-thirsty terrorists before a ticking nuke goes critical.


This book is told through the eyes of several characters.  We first meet Jon Jaxon who is a nationally ranked rifle shooter and a boy count volunteer.  He wanted to be in the military, but never made it.  He did train a large amount of officers in shooting though.  We then meet the terrorist in the next section talking about the nuclear bombs he is going to set off in three cities around the world on 9/11.  The last major character is Colonel Walt Wolfe who is leading the home security team once the incident breaks out.  All of the characters help to create a complete picture of what is going on as well as how we ended up in this situation.

I felt like the author did a large amount of research on this book.  It felt very life like and that it could really happen. The author did a great job with the storyline as well as the descriptions used in the book.  The pace of the book was perfect it kept me hooked and I needed to know what was going to happen next.  Since the timing would start each chapter you knew how much time you had left until the bomb could go off.  The author did a great job describing injuries as well, I didn't think it was to gruesome, but readable in my opinion.

The ending of the book was great because it summed everything up nicely.  We got a look at exactly what the author was trying to portray to the reader and after reading it I felt the entire book made complete sense.   I was questioning why the author added in the random journalist, but after the comments on journalism as a whole it made complete sense.

I would suggest this as a weekend read when you have a lot of time to digest what you are reading.   The author brings up some powerful ideas and the topic he presented of nuclear war felt very real so it was a harder read for me.

I received a copy of this book from J. Bowers for the purpose of providing an honest review. This does not affect my opinion of the book or the content of my review.

Email ThisBlogThis!Share to TwitterShare to FacebookShare to Pinterest
Labels: Fiction