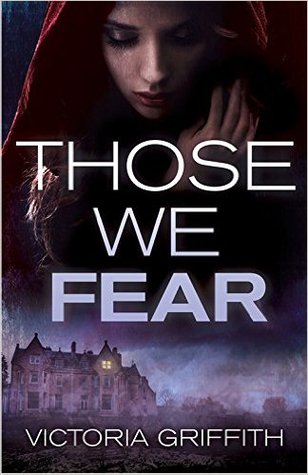 When a dangerous situation forces 18-year-old Maria to leave her Boston home, she’s swept away to Scotland as part of the Witness Protection Program. In a strange land, with a new name, Maria hides out as an au pair to the Carlisle family at the mysterious Harley Estate. Already known as an “over-feeler”—and paranoid for good reason—Maria is spooked by the mysterious behavior of the Harley residents: from the oddly eccentric kids in her care, to the miserly nurse with the sheet-white skin, to the attractive yet broody eldest son, Jonathan. As the days pass, the vanishing portraits, cloaked figures, and mysterious humming in the dead of night could perhaps be explained away, but it’s the discovery of the Harley’s macabre and deadly family history that confirms Maria's growing fears and suspicions are more than just over-sensitive nerves; that she may have fallen into something even more horrifying and threatening than what she left behind—something perhaps not even of this world. Written with lush Scottish imagery, chilling suspense, and an addicting intensity, Griffith brings a vibrant, young contemporary edge to the classic gothic mystery. And make no mistake, skin will crawl.


I had no idea what was going to happen at the end of the book and I love when a book keeps you on your toes! The book took so many twists and turns I had no idea who could be causing all the issues at the estate.  I started to believe in ghosts during the course of the book because I needed something to explain all the happenings at Harley.  I am a reader who always needs answers!

Things I loved about the book was the scenery the characters were seeing.  The author did a great job describing what was going on with different locations and it was easy as a reader to imagine what Harley looked like, felt life, and even smelled like.  The author really was able to make the reader feel like they were there right along the characters.  Most of the book takes place around Harley which is in a more rural area of Scotland.  The house is in rough shape and not all areas are used.  They don't have a lot of money to be able to maintain such a large house.   Also, the property has a lake that two people died at in the book.

I really loved the suspense the author built up with this book.  I don't want to give to much away with the book, but from the beginning you are questioning what happened to Maria to get her into witness protection and then what is going on at Harley.   A book that can keep me on the edge of my seat while reading is one of my favorite reads.

Another thing I loved was the side characters that all became suspect to me while reading.  Maria was there to take  care of the two children who lost their mother at a young age.  At one point I thought maybe the two small children could be causing all the havoc.  Also, there was Jean the aid for Lady Sophie who all where acting pretty crazy during the book.  I also considered at one point Maria herself was crazy and this all could be in her imagination.  So many twists and turns!

I would suggest this is more of a weekend read.  I read it at night and had a lot of issues because I just couldn't find a good stopping point in between the chapters.  It is a quick read that could be done over the weekend.  Since there is a lot of action and a lot of questions as a reader you want answered it would be great to read when you have more time to sit down and focus.

I was received this from Astor+Blue Editions for the purpose of providing an honest review. This does not affect my opinion of the book or the content of my review. 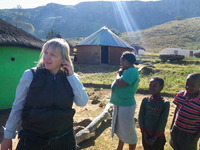 Victoria Griffith is the author of the highly praised new adult adventure, Amazon Burning (Astor+Blue Editions, 2014) and the non-fiction picture book, The Fabulous Flying Machines of Alberto Santos-Dumont (Abrams, 2011), which won numerous awards, including the prestigious Parents' Choice. Before becoming a full-time author, Victoria spent twenty years as an international journalist, fifteen of which were spent as a foreign correspondent for the UK's Financial Times. During that time, she had fun writing on a wide range of topics, including Brazil's Yanomami Indians, architecture, space exploration, the human genome, and the growth of the Internet. She even managed to fit in some children's book reviews. Victoria lives in Boston with her husband and three daughters.
Author Links: