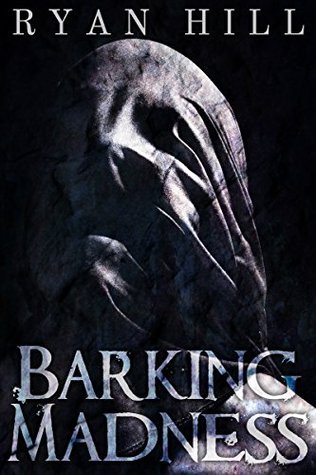 Seventeen-year-old Rosetta Harper is plagued by nightmares of a masked man. With her father’s new career move, her family has just relocated from Florida, to the small New England town of Ashwood, a quiet town and close-knit community where you know your neighbors, and trouble is a word unspoken. But soon after her arrival, both Rosetta's world and the worlds of her classmates come crashing down.

Michael hates his family and feels alone and unloved. He only finds comfort when he’s with his friends, but even they get on his nerves. Everything about Ashwood and his life bores him, until Rosetta Harper moves into town. With her as a new classmate, Michael finally gets the excitement he was looking for, but it may be at too high a cost...


I enjoyed reading this book about Rosetta and Michael's crazy relationship.  The book was fast paced and kept the reader on their toes.  At some points I didn't know what exactly what was going on or what I thought was going to happen next, which kept me reading.  I do like books that have suspense and keep the reader wanting more, which I believe this book fully accomplishes.

Things I didn't really enjoy was Rosetta's personality.  Her chapters for me where a little harder to read.   Rosetta's personality went from nice to mean to crazy pretty quickly.  She couldn't really get a grasp on her emotions, which I felt like came through to the reader.  It was challenging for me to get a read on Rosetta since the chapter was fully from her perspective and she could go from one extreme to another in just one chapter.  I felt like I became more and more confused on what was going on with Rosetta due to her unsettled emotions.  I guess due to the amount of loss that Rosetta has to deal with you can see how her emotions where unstable.

Michael was my constant character.  I enjoyed reading his chapters and felt like they were very logical and very well written.  I felt Michael was fully developed as a character and as a reader I knew what to expect out of him.   I might not know exactly what he was going to do next, but I had an assumption that he would get to the bottom of it.  Michael also spoke of his emotions and I felt like it was just easier to follow for me and make sense of as a reader.  I loved the friendship that Michael had developed with his close group of friends it was a great add to the book and I enjoyed reading about it.

I felt almost while reading that Rosetta and Michael where developed by two different writers since they felt so different from one another.  It was one of the most strange experiences as a reader that I have never encountered before.

The story took a large amount of turns, which kept the fast paced story moving along.  I wanted to know what was going to happen next.  I felt like I didn't see the ending coming at all, which is always a great way to end a book.  Everything was tied up in the end and left me with a few if any questions.

I would suggest this as a night time read or even a weekend read.  It is easy to follow along in the story and I think that it is a book that you can pick up and put down, while still following along in the story.

Ryan Hill is a YA Fiction writer. Born in Connecticut, Ryan now lives in Massachusetts with his family and is a student at UMass Amherst. His novel appeals to young adult readers and people of any age who are looking for a good psychological thriller. It’s a Girl Interrupted meets Shutter Island kind of story. When not in front of his computer writing or studying, Ryan can be found playing Xbox with friends, watching movies (He’s a huge movie buff), or working out at the gym.

Ryan’s knack for writing fiction emerged at an early age, when he wrote stories for his own enjoyment. He decided to put his hand to writing a book at 17, when he came up with the concept for the dark, witty, and suspenseful psychological-thriller, Barking Madness. He enjoyed creating the different layers of characters and relationships in his story, and like any debut author, found it difficult to stop. Science fiction and thrillers are his favorite genres.